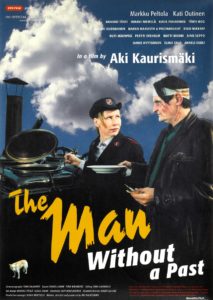 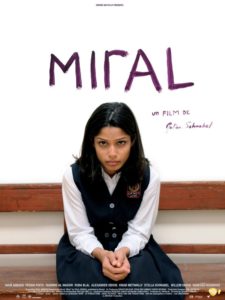 A drama centered on an orphaned Palestinian girl growing up in the wake of the first Arab-Israeli war who finds herself drawn into the conflict. 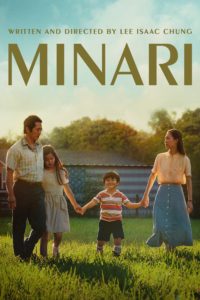 Minari tells the story of a Korean-born family moving to rural Arkansas in search of their own American dream. The family’s life is turned upside down when a cunning, foul-mouthed but loving grandmother arrives from her former homeland to live with them.

A new life in a barren region is full of hardships, but Minari shows what kind of strength and fertility a family can have, and what home really means. Directed by Lee Isaac Chung. As actors, e.g. Steven Yeun, Yeri Han, and Alan S. Kim. 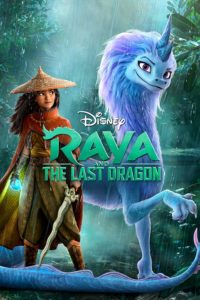 Raya and the Last Dragon

Long ago in a fantasy land called Kumandra, humans and dragons lived side by side in harmony. But when an evil force threatened the land, the dragons sacrificed themselves to save humanity. Now, 500 years later, the same evil has returned. A lone warrior, Raya must search for the mythical last dragon capable of uniting a broken country and a divided people.

On his journey, he learns that saving the world requires more than a dragon. Directed by Don Hall, Carlos López Estrad and Paul Briggs. As original voice actors, e.g. Kelly Marie Tran, Awkwafina and Gemma Chan. 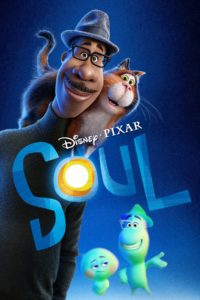 Have you ever wondered where your passions, dreams and interests come from? What makes you… YOU? Disney/Pixar takes you on a journey from the streets of New York City to cosmic dimensions in search of answers to life’s most important questions. Why did Elsa get magical powers when she was born? The answer to this question draws him in and threatens his kingdom. Together with Anna, Kristoff, Olaf and Sven, she goes on a dangerous but remarkable journey. In the movie Frozen, Elsa was afraid that her powers were too much for the world. In Frozen 2, she has to hope they’re enough. 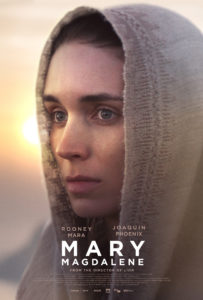 Mary Magdalene is an authentic and humane portrayal of one of the most mysterious and misunderstood spiritual figures in history. The biblical biopic tells the story of Maria (Rooney Mara), a young woman who is looking for a new way to live. Defying the narrow-minded values ​​of her time, Maria leaves her family and joins a new movement led by the charismatic Jesus of Nazareth (Joaquin Phoenix). Soon she finds his place in the movement and her role on the journey that leads towards Jerusalem. Based on a screenplay by Helen Edmundson and Philippa Goslett, the film also stars Chiwetel Ejiofor and Tahar Rahim. The film was directed by Garth Davis.